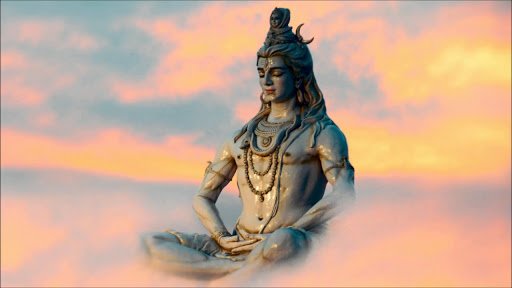 These three siblings are not as popular as the other three, but they are still worshiped in some parts of the country. There is an evidence that he had three daughters and it is mentioned in shiva purana.

ASHOKA SUNDARI
According to the religious books, Ashoka Sundari was created by goddess Parvati who is in need of a daughter to fight with her loneliness.

The birth of Ashoka Sundari is recorded in the Padma Purana. Parvati once requested Shiva to take her to the most beautiful garden in the world. As per her wishes, Shiva took her to Nandanvana, where Parvati saw a tree which is known as kalpavriksha which could fulfill any wish. Since both the sons of Parvati had grown up and left Kailash, as a mother it caused immense grief and loneliness to Parvati.

She asked for a daughter from the wish-fulfilling tree to get rid of her loneliness. Her wish was granted and Ashoka Sundari was born. Parvati promised that she would marry according to her destiny Nahusha of the lunar dynasty, who would be equal to Indra, the king of heaven.

It is said that when the lord Ganesha was beheaded by Shiva at that time she hid herself in a sack of salt. The goddess is mostly venerated in South India in the form of Bala Tripura sundari and mostly worshiped in Gujarat.

JYOTI
Jyoti means light and there are two traditional stories surrounding her birth. In the first myth, she emerges from the Lord Shiva’s nimbus and the second is she is born from a spark from the goddess Parvati’s forehead.

It is believed that she is in a formless or arupa state in all of her brother Lord Muruga’s temple. She is also thought to be the flame that her father Nataraja (a form of Shiva) holds. She is mostly worshiped in many temples in Tamil Nadu.

MANASA
She is worshipped mainly in Bengal and other parts of North and North Eastern India. She is the one who cures snakebites, infections, chickenpox and also known as Vishahara (the destroyer of poison). She is known for her bad temper and unhappiness due to rejection of her father and husband.

She is sheltered by the canopy of the hoods of seven cobras. Goddess is widely worshiped in rainy season, where the snakes are mostly active. Lord Shiva’s Semen once touches the statue of Kadru (mother of snakes) where Goddess Manasa was born.

5 thoughts on “Do you know that Lord Shiva had three daughters ?”