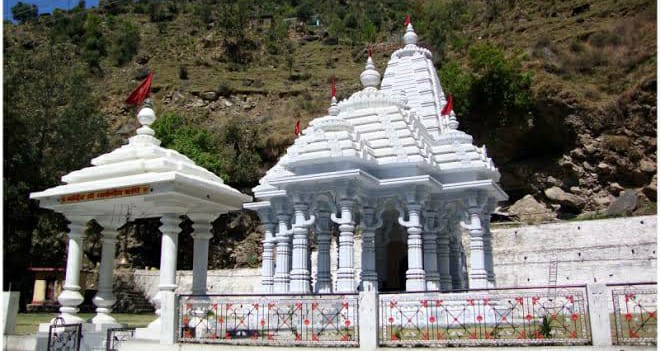 The great sage Mrikandu rishi and his wife Marudmati worshipped Shiva. Shiva appeared before him and as a result, he was given the choice of either a righteous son, but with a short life on earth or a child of low intelligence but with a long life. Mrikandu rishi chose the first one, and he was blessed with Markandeya, an extraordinary son who is destined to die at the age of 16.

Rishi markandeya was very intelligent and by the age of 12 he got the knowledge of all the Vedas and shastras. Markandeya grew up to be a great devotee of Shiva and on the day of his destined death has arrived. He continued his worship of Shiva in the form of Shivalingam. The messengers of Yama, the god of death were unable to take away his life because of his great devotion and continual worship of Shiva.

Yama then came in person to take away Markandeya’s life, and threw his noose around the young sage’s neck. By accident or fate the noose mistakenly landed around the young sage and Shivalingam – and out of it – Shiva emerged in all his fury attacking Yama for his act of aggression.

After defeating Yama in battle to the point of death, Shiva then revived him, under the condition that the Markandeya would live forever. For this act, Shiva was thereafter also known as Kalantaka (“Ender of Death”).

Today, Markandeya Tirtha, where the sage Markandeya wrote the Markandeya Purana is situated on a trekking route to the
Yamunotri Shrine in the Uttarkashi district, Uttarakhand.

7 thoughts on “Do you know the boy who never grew old ?”