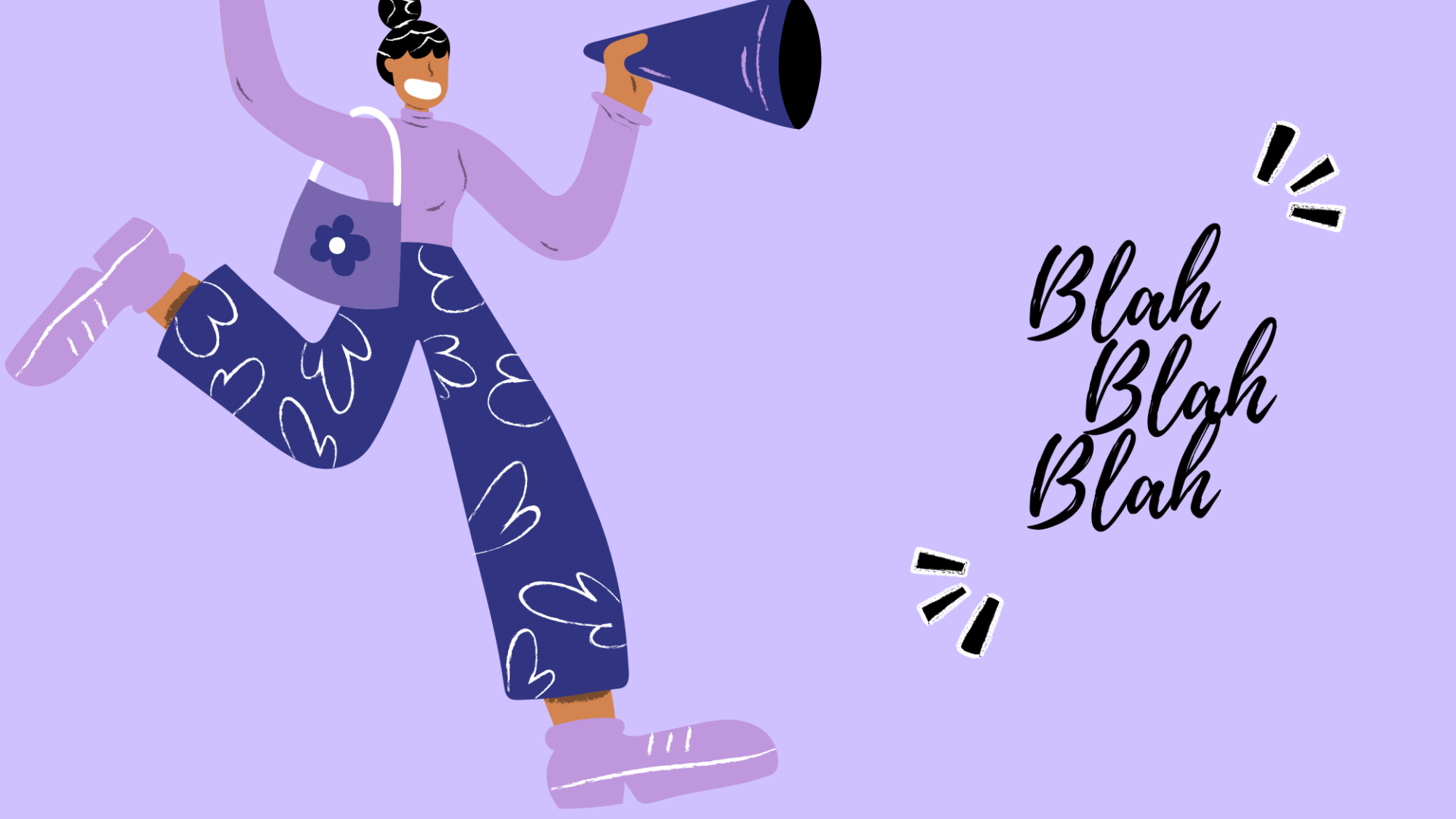 No wonder, we all know what blah blah blah is about.

But do we really know how it all started and the process behind it!

Before getting started, let us have an eye on the following lines that suggest a factual narration.

Being a lazy bum, she fell asleep as soon as she started to read. Her book that fell beside her bed was open, the wind riffled the pages and they started fluttering. As she is in deep sleep, she is not affected by it. But she is annoyed by the brrring sound of the telephone, sighed “Ughh, stop it for God’s sake!” and pushed it away. She tried so hard to fulfill her precious morning hours of sleep but couldn’t because of her roommate who was snoring ‘Zzzzz-hngGGggh-Ppbhww-Zzzzz’ relentlessly the whole night.

After such a tiring night, she woke up suddenly and gasped “Huh, phoo, what the hell was it!” as she felt the sound of heavy footsteps approaching her. She went to the balcony and realized it was people protesting the rally with slogans. Vroom, vroom! Many vehicles started coming and parked one by one next to the other. The principal arrived and has told everyone to shush but their indistinct chattering kept going on. Bored of watching, she suddenly caught a glimpse of beautiful clouds passing, birds chirping and migrating in groups and the flag on the admin building kept flapping by the wind.

Having heard the screeching sound of the elevator, she went downstairs to fill her bottle and finished gulping the whole bottle at an instance. Her head started aching with such a disturbing morning and thought to prepare a coffee for herself. She took a sachet ripped it open and the coffee powder fell in her left eye. She sighed Ahh! My eyes and splashed water on her face. She went to the balcony by clinking the coffee mug with her nails, slurped and enjoyed her coffee by humming ‘la la la’ (the song she heard last night kept running in her mind). After a good coffee, she set out to work. Despite repeated dinging notifications, she started typing this story with a focused mind and posted it in her blog without any procrastination.

Hola peeps! By this time, you all might have understood the intention of this article. This is just a gripping narrative about onomatopoeia.

We all do know about onomatopoeia. Don’t we!

The onomatopoeic words we utter in our daily communication are quite unconscious and they have a direct connection to the actual sounds that we are intended to describe.

Well! Let’s get the ball rolling!

Onomatopoeia is the phenomenon where words do the phonetic imitation of sounds that they are associated with, as in the above anecdote, you could see a few bold words in each paragraph such as:

Few linguists state that onomatopoeia is a language itself that is created and evolved from human beings by imitating the natural sounds that occur around them. This is an unexceptional process that occurs in all languages.

But why do we even use it?

People use it when they wanted to convey factual sounds in a vivid way. Also, we utilize it to add a rhetorical effect to our speech.

For example, we all might be familiar with the phrase “tick, tick one… tick, tick two… tick, tick three, and boom your time is up”

This phrase is commonly used in competitions to alert the participants that they are running out of time and it causes a rhythmic effect. We use it because we are aware of the sound our clocks produce.

Also, as mentioned above, we use the phrase ‘blah blah blah’ when we feel the person around us is speaking continuous nonsense. According to the Oxford English Dictionary, the expression ‘blah’ is first used in 1918 memoir in the magazine Wine, Women, and War by Howard Vincent O’Brain. But still there exist many claims concerning the origin. Therefore, the question regarding the initial use of this phrase is yet to be answered.

Let’s check out the few onomatopoeic expressions for laughter:

We often mistake interjections with onomatopoeic words. Interjections used in the above anecdote are:

An interjection is an expression or a word that is used as an exclamation to state our spontaneous feelings.

Whereas, an onomatopoeic word is a word that is coined to imitate sounds made by a person, an animal, and a thing.

Thus, it is quite discernible that Onomatopoeia is naturally evolved and is recognized as an involuntary process that exists in all languages around the world. Apart from our daily communication, we could find them mostly in comic pages, poetry, movies, advertisements, slogans, and whatnot.

Post Views: 1,486
Skip back to main navigation
Open chat
1
I Am There - Let's Share
Hi
Want to create your own Blog or Website ?
We can help you.