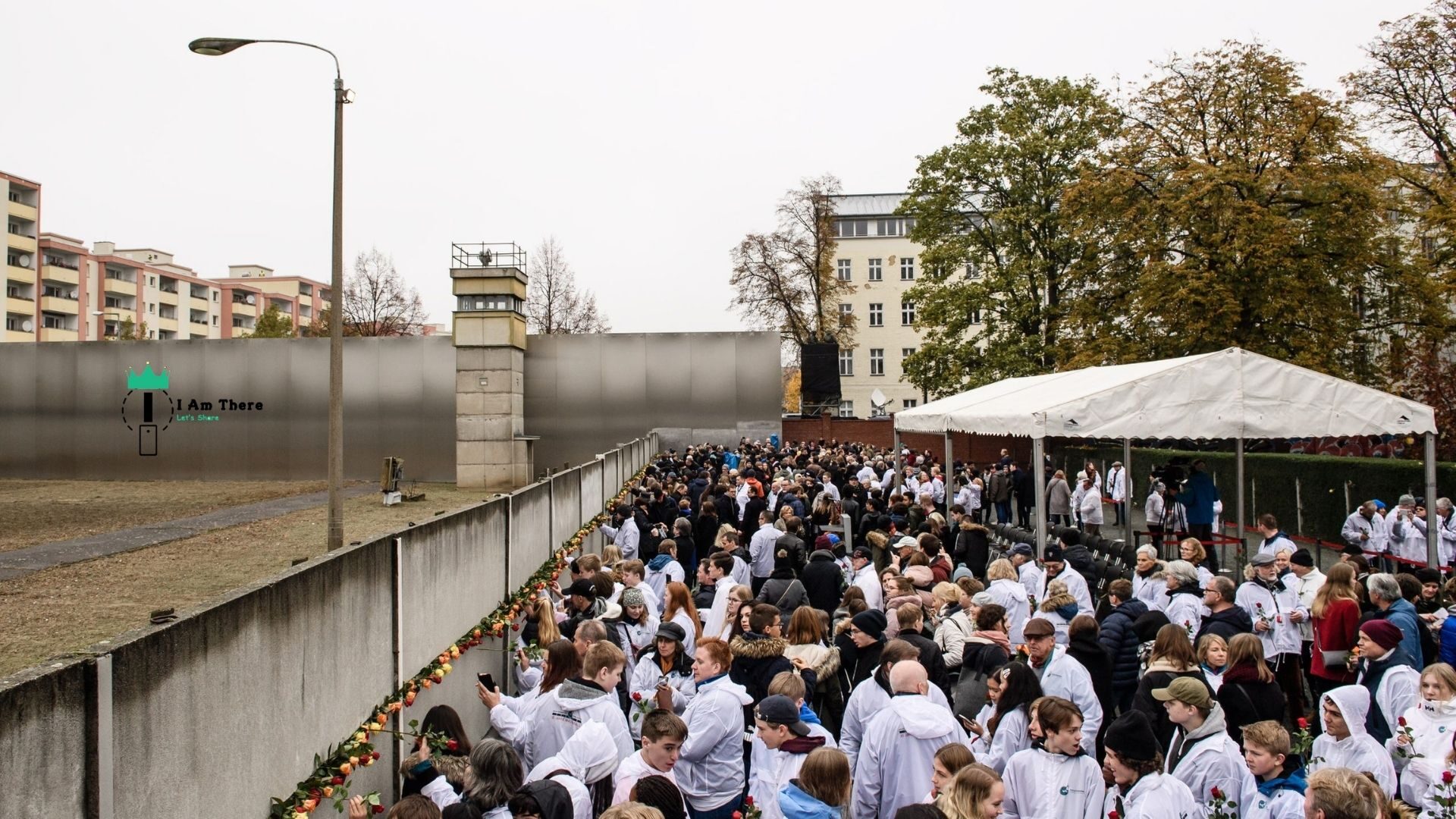 I had the opportunity to visit Berlin for a study tour with an organization GOPIO (Global Organization of People of Indian Origin) on November 2019. I was exhilarated with the trip’s timing i.e., 8th to 10th  November because on this exact dates in 1989 a magnificent event took place. It was the 30th Anniversary of the Fall on Berlin Wall. I heard about the story of The Berlin Wall through a BBC documentary and it instantly became one of my favourite moments in History and Humanity. This persuaded me to narrate you the story of The Berlin Wall and its relevance in the present day.

20th Century is often dubbed as the “Century of Wars”. The mortality rate and vandalism was huge in these 100 years and especially during the Second World War. There was a conflict between countries and ideologies to establish their supremacy.

Humans have developed futuristic weapons with their use of science. Destruction and violence were only norms to gain power. World War II (1939-45) played a crucial role in ending the fascism. The Allied powers-USA, Britain, France, USSR and etc., emerged victorious. Britain, France and other European countries suffered with huge mortality and vandalism. USA and USSR were the only superpowers left in the world. Although they fought together, they were ruled by opposite ideologies. The US economic system was more open to trade and exchanges and no government control over resources and businesses. Contrarily, the USSR’s economy was down and the government had complete control of resources.

Thus, ‘The Cold War’ began to establish oneself as “The superpower”. As a result, the world divided into two sides, for countries who supported the USA and the USSR (a.k.a the Soviet). Cold war was a period of proxy wars where the US and the Soviet participated in regional wars like the Korean War, Vietnam War, 6-day war, Angolan Civil War etc., all over the world either directly (attacking) or indirectly (financial aid). These both turned out to nuclear-armed countries and often confronted each other  and the world held its breath. During the Cuban Missile Crisis in 60s when the Soviet stationed its nuclear missiles in Cuba while the US did the same in Turkey. Fortunately, they both withdrew their missiles and avoided a full-scale nuclear war.

Amidst this background, Berlin had become the centre point. After the Second World War, alike Berlin, Germany was also divided into East (under the USSR) and West Germany (allying with USA). Over the course of the Cold War, the economic situation of the Soviet began to deteriorate which subsequently led to the public unrest especially in Berlin. West Berlin had flourished with the free trade. New businesses were set up resulting in many job opportunities.

On the other hand, East Berlin was still recovering from the destruction and most of the resources (mainly financial) were used for scientific and military purposes. As a result, people suffered through economic hardships and the working-age population was the worst hit lack of workforce diversity. Thus, by early 60s a lot of youngsters migrated towards West Berlin for their welfare. This caused shutting down of many government-controlled industries.

In order to occlude, Soviet leaders constructed barriers like barbed wires, military barricades, watch towers on the borders. They also made it impossible to travel West Berlin by imposing mandatory travel restrictions. But people being frustrated with their situations have tried to cross over to West Berlin. Unfortunately, very few were successful. The military officials were ordered to shoot anyone who tried to cross the borders without the permit. Many people lost their lives in this quest. To avoid this mortality and migration, the Soviet regime in August 1961 built the wall between East and the West Berlin.

For over 25 years the Wall of Berlin stood strong. People in the east protested and demanded for economic and political reforms. Many parts of the USSR demanded democratic elections. But all these protests were met with an “Iron Fist”. Fundamental rights seemed like a distant dream. Simultaneously, the USA and the USSR were trying to prove their might on the international platform.

In the second half of the 80s, a change began with the Mikhael Gorbachev, the leader of the Soviet Union in 1985 with a different approach. He proposed the ideas of glasnost (openness) and perestroika (restructuring). This was a major policy shift from the earlier stand of the Soviet rulers. Mr. Gorbachev was an amiable leader and accepted demands of some countries under Soviet rule to conduct democratic elections.

He was relatively more open in terms of economic policies than his predecessors and understood the need for economic reforms. This encouraged the US to pursue unity and peaceful measures. The US President Ronald Regan (a Republican) visited West Berlin in 1987 and gave a rousing speech at the Brandenburg Gate by urging Mr. Gorbachev to “Open this gate” and “tear down this wall”. And it happened! In November 1989, the Soviet regime passed new laws to allow East Berliners to travel to the West Berlin without any permits.

When I saw the actual footage of the night, people from both sides of the wall were united and I couldn’t control my tears. Reunion of families was a sigh of relief and joy. People who were deprived of freedom for a long time experienced a freedom like never before. West Berliners were also very welcoming. People literally started breaking the stone wall and expressed all of their frustration on the monument which stood as the hindrance. The world, along with the Berliners celebrated this historic night. Humanity had triumphed.

Currently, I see a lot of unrest all over the world. There are protests in the USA against racial injustice, in Russia against a dictatorial leader, human rights movements in Hong Kong against the Chinese aggression, movements to save and protect the environment and numerous other socio-political movements and injustices that don’t get covered by the media. All of this is mixed with the COVID-19 pandemic that led to a severe economic slowdown even in the “Developed countries”.

This combination of political unrest, health crisis and global economic recession has caused (also might continue to) to manifest our socio-economic differences. It seems like the world is arguably facing its worst humanitarian crisis. In these testing times, we should realize the importance of kindness and be together to overcome these situations.

Unfortunately, even in this tough time I have found many lunatic people building walls around themselves with hatred, prejudices and discrimination. One thought of mine to these people-this crisis is going to impact all of us in one way or the other. So let’s show unity because that’s the only way we will get through this-TOGETHER. To reiterate, I say Mr. Regan let’s “TEAR DOWN THESE WALLS”.

Post Views: 666
Skip back to main navigation
Open chat
1
I Am There - Let's Share
Hi
Want to create your own Blog or Website ?
We can help you.