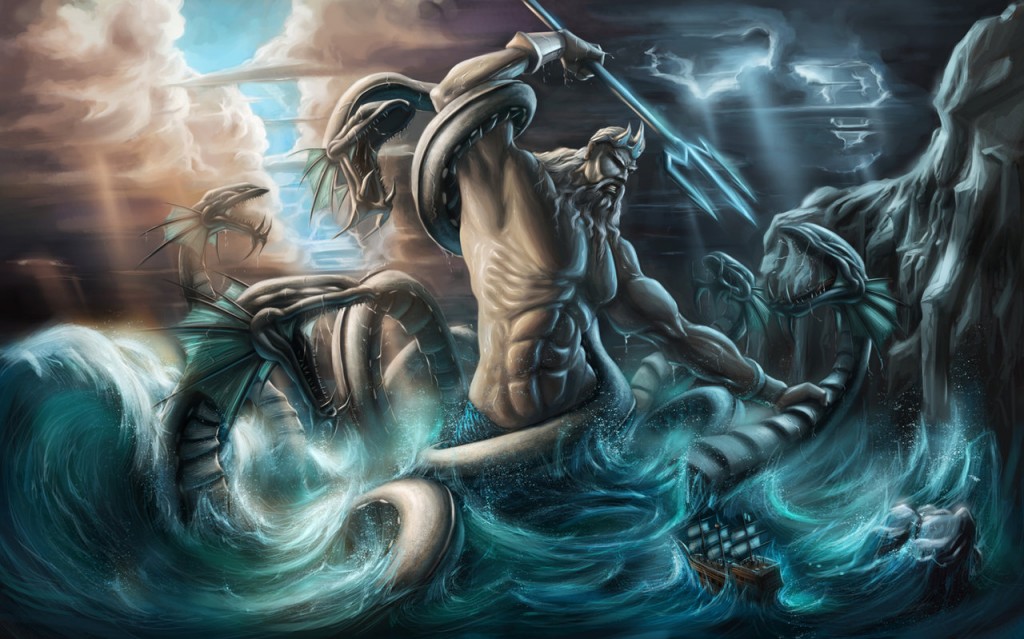 Once Lord Indra – The king of gods, asked Agni (The god of fire) and Vayu (The god of wind) to go and kill all the demons. Agni and Vayu were very powerful and killed most of the demons but the rest hid deep inside the ocean. So they returned and told Indra that they could not kill the rest of the demons. Indra was very angry, He ordered Agni and Vayu that “Even if you have to churn the ocean, you must get those demons out and kill them.”

Agni and Vayu said that they don’t want to churn the ocean as there were other creatures living in it and they would also have to suffer because of those demons. Indra was not convinced and said, “The ocean has given shelter to the wicked and should suffer for that. But you two are trying to evade your duty by disobeying me.

I curse you to be born as humans on The Earth. Thereafter, Agni was born as Sage Agastya while Vayu took birth as Sage Vashishtha.

The marriage of Lord Shiva to Goddess Uma, the daughter of Himavan (The king of Mountains) was going to be conducted at Kailasa. All the people and creatures in the world began to flock to the north. The earth was in danger of toppling over, as the weights of North and South were not in balance.

Bhumi Devi or the Goddess of Earth was not able to bear this imbalance and prayed to Lord Shiva for help. Upon beholding this the Lord said, “This cannot be allowed to happen. We need a suitable weight to counterbalance this northern tilt. Only Agastya can do this job.

Agastya was pleased with this signal, but was also saddened, because he won’t be able to witness this divine marriage. Perceiving the thoughts in the Rishi’s mind, Shiva granted him a boon that himself and Uma will appear before Agastya, whenever the latter happened to think of them. Pleased, Agastya began his southward journey.

The Vindhya mountains were the natural separators between the North and the South. They were jealous of the fame of the mighty Himalayas and began to grow and grow in an attempt to become taller than them. This fact was known to Agastya. When he arrived at the Vindhya mountains on the way travelling to South, he asked it to stop growing for a while, so that he could go South and then return.

If the mountain did not stop growing, he would find it very difficult to climb it on his return journey. The mountain consented to this request and stopped growing. Alas, it was tricked, as Agastya never crossed it again to go North, he established his permanent abode (abode meaning – residence) in the south. The Vindhya mountains could not break its promise and therefore had to be shorter than the Himalayas.

Rishi Agastya went to the south and the earth’s balance was restored. Agastya decided to stay in the south and Lord Shiva granted him the knowledge of the Tamil Language, which he later developed. Agastya also saw that there were Ganga and Yamuna Rivers in the North, while there was no rivers to sustain civilization in the South. The sage prayed to Lord Brahma and asked to provide one of the divine rivers in his area, and Lord Brahma granted him to take River Kaveri to the south.

He married Lopamudra, He also had another wife named Kaveri, who was the daughter of a sage named Kavera. To end a severe famine in the south, Kaveri was transformed into a river of the same name, which flows to this day through the south. She is also called the southern Ganga.

In Valmiki Ramayan, it is stated that Asuras hid inside the ocean so that the Devatas couldn’t harm them. The Devatas requested Rishi Agastya for help, and he drank the entire ocean using his mystic powers. The Devatas killed the Asuras, and asked the sage to return the ocean’s water. He was not able to throw the water out, so he urinated the entire ocean, and hence the oceans and seas taste changed from sweet to salty.

An inside story
A little about her
Story behind ‘blah blah blah’
Every thing in your plate matters
Forefathers’ Technology
Post Views: 1,248
Skip back to main navigation

5 thoughts on “Do you know the Sage who drank the entire ocean ?”